Twin Disc Pacific have been appointed exclusive distributor for the innovative Seatorque Marine Propulsion System in the Pacific region.

Developed over fourteen years of research and development, the Seatorque ‘Boss’ Enclosed Shaft System is an oil-filled, self-contained shaft and thrust bearing assembly, supplied exclusively by Twin Disc Pacific as a complete unit from transmission output coupling to propeller end….

The Seatorque Bolt On Shaft System (BOSS) separates the prop shaft from the drive shaft through thrust bearings in the gold casing seen in the picture on this page. This is an important advancement in yacht propulsion systems as the prop and shaft are no longer connected directly to the engine. This system greatly reduces vibration and noise….

To understand the new Riviera 68 Sports Motor Yacht one must understand Australia. Australia is both a continent and a country surrounded by the infamously unpredictable Indian Ocean, Tasman Sea and Pacific Ocean. Its major cities, Sydney, Brisbane, Melbourne, Perth and Adelaide are all coastal. It is the home of the Great Barrier Reef and a heritage of amazing offshore fishing. To the north and east of it is probably the world’s most exotic and beautiful cruising ground…The Seatorque Bolt On Shaft System (BOSS) separates the prop shaft from the drive shaft through thrust bearings in the gold casing seen above thus greatly reducing vibration and noise…

Described by many as the marque’s best work to date, the Riviera 68 and sister ship 72 are true long-range adventure boats, and each comes standard with the complement of Twin Disc equipment for the ultimate ease of handling.

Finally, the moment of truth. The new Riviera 68 Sport Motor Yacht is poised to head offshore. The sparkling white and silver-service ‘yacht,’ which towers three storeys and displaces 50-60t, has been two years’ in the making. Riviera’s magnum opus, the yard’s best work to date, floats perfectly on its waterline with a commanding persona. Moments later, the twin turbo 1550hp MAN V12 engines engage and our waterborne world is transformed. As we barrel out the Gold Coast Seaway and into the blue Pacific Ocean, the imposing 68 splits the 1.5m swells without the slightest thump. Spray rolls off the bow and squirts abruptly sideways. The delivery of power is silky smooth thanks to oil-filled Seatorque shafts. With the tank-tested Frank Mulder hull on song, and the latest electrical and navigational systems taking charge with the press of a button, we savour the first-class travel aboard Riviera’s best boat ever…

Read the full article.
Link to online article with video

The Duffield Yachts 58 has been running near daily since her March launch in preparation for her debut at the Newport Boat Show in Newport Beach, California. Every time he’s pushed the throttle forward, boat builder Marshall “Duffy” Duffield, has been impressed. She embodies his conception in every way from acceleration to fuel consumption, from cruise speed to top speed, from comfort on deck to comfort below.

“We have been surprised by the acceleration of this 55,000-pound cruising boat,” according to Duffield. “It almost leaps onto a plane. The combination of the large diameter propeller and tons of torque coming from the big 1,000-horsepower CAT is very impressive. At cruise speeds the cabin sound is just 64 decimals she’s so smooth and quiet. And the fuel burn rates are crazy low. I can tell by the look on peoples’ faces when I tell them the numbers that they don’t believe me.”

Twin Disc Pacific has been appointed the Exclusive Distributor for the innovative Seatorque Marine Propulsion Systems. The enclosed shaft system is a major feature on the new Riviera 68 and 72 Sports Motor Yacht set for a 2017 Sydney International Boat Show debut.

Unlike traditional diesel inboard boats that require shaft alignment, the Seatorque system uses a coupling or bolt-on shaft system called a Boss for short. The totally enclosed, oil-filled, self-contained, shaft and thrust bearing assembly is supplied as a complete unit from transmission output coupling to propeller end. The shaft system uses rubber mounts and attaches to the hull structure, with a flexible connection to the propulsion engine. This ensures shaft-line noise and vibration are eliminated at the source… 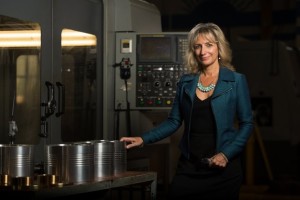 Making boats and making boats better are passions that have driven Peter and Jana Stolper for more than 30 years.

Today this power couple, owners of Seatorque in Stuart, has established a worldwide reputation for designing and manufacturing ultimate quality products for large high-end yachts (50 to 200 feet in length). The Stolpers’ array of inventions and innovations for boat builders includes products that boost performance, cost less in the long run and have think-outside-the-box properties that consistently grab the international yacht-building community’s attention and respect…

Seatorque Control Systems – Propelling Yachts Into The Next Century

Even though up to 95% of their business is international exports, Jana and Peter Stolper consider Stuart a perfect place to center their business, Seatorue Control Systems. But then, that’s that happens when you move from Rhode Island. 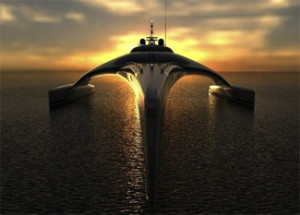 Adastra super yacht is a one-of-a-kind aquatic marvel: In the world of boating, there are yachts, super yachts, and then there’s the Adastra, a massive, custom built masterpiece of engineering that looks more like a spacecraft from Star Wars than an actual vehicle.

ADASTRA SuperYacht – Propulsion by SEATORQUE. Adastra is equipped with an ST-300 Seatorque Enclosed Shaft and Thrust Bearing Package. The entire driveline is an impressive 33ft (10m) in length.

When Fleming Yachts asked if I’d contribute to Venturer magazine again I was delighted to do so, under one condition. I insisted upon sea trialing the components about which they’d asked me to write. That request was granted while I made a passage from Stornoway in northern Scotland to Reykjavik, Iceland, aboard VENTURE II, Tony Fleming’s personal Fleming 65.

The Most Effective Way

Clever people who take the celebrated “simple approach” to problem-solving often stray far from the conventional way of doing things.

“Is it hard to argue with tradition? Not really,” quips marine manufacturer, and former America’s Cup racer, Peter Stolper. “Especially when that tradition is an old technology that’s had no real development for 200 years!” Peter and his wife Jana recently founded a company to solve a problem that has plagued boatbuilders since the first propeller shaft was tentatively poked through a hull.

If you plan on building an 80-foot sportfisherman that’s capable of more than 40 mph, you’d better build her strong. Donzi Yachts believes it’s done just that. Bob Roscioli founded the company 22 years ago, purchasing the rights to the Donzi name from the legendary Dick Genth. Although Donzi Yachts by Roscioli remains a separate company from Donzi Marine—its boats are all over 50 feet, while Donzi Marine’s are considerably smaller—and its strength is its traditional way of building. According to Roscioli, the construction process for the R-80 is similar to the boats he originally built. Although some of the methods may seem like overkill nowadays, Roscioli’s simple declaration can’t be argued with: “It’s tough,” he says.

Already successful in the US, Seatorque is looking to conquer the global market with a New Zealand designed new-build about to be completed in Africa.

Is it hard to argue with tradition?

“Not really,” quips marine manufacturer and former America’s Cup racer Peter Stolper. “Especially when that tradition is an old technology that’s had no real development for 200 years.”